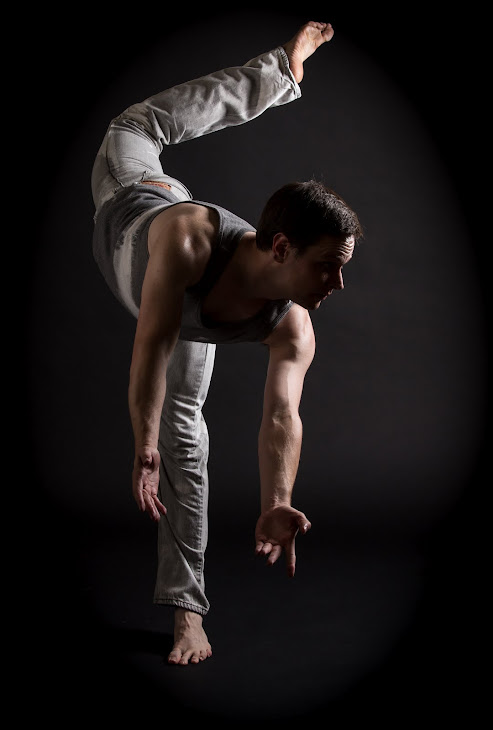 I am Alive! I am now attending graduate school at the University of Utah. Since I am away from my family and for personal journaling reasons I have decided to take up writing in my blog once more.

These are from a photo shoot done with Linda Wolfe, a very talented and wonderful person. Her work can be viewed at her website. wolfephotoart.com

Linda also does head shots. I recommend her emphatically! 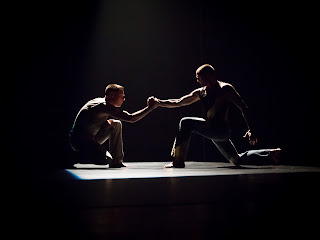 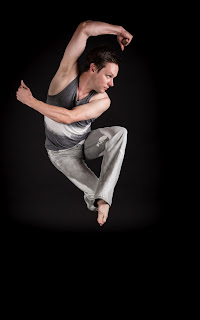 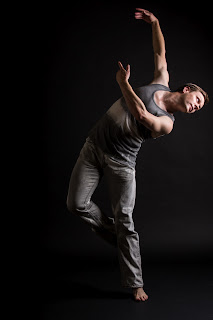 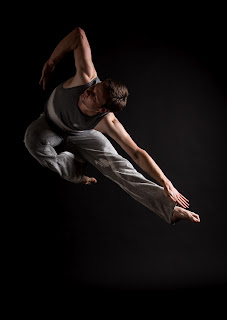 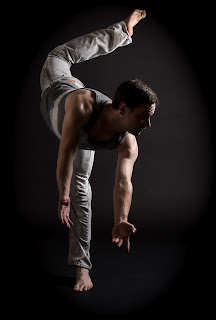 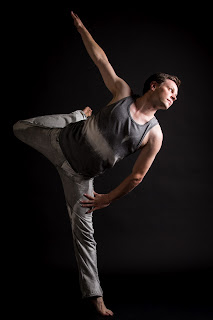 Hello all-
Well I have been around the world and back since I have written on my blog. I just needed a break from my brag I guess. Now that I'm back to writing lets get to business.

These two links feature an article that was written about the dance group I am directing at BYU. It is called Kinnect. The first link is the BYU alumni website. Scroll down and find the link to the article (the second link) that is featured on that website.

I am trying to fill the shoes of Kinnect creator Marilyn Berrett who is quoted in the article. Also quoted are some of the dancers from our group this year and the pictures are from one of our rehearsals.
Posted by Aaron Shaw at 5:55 PM No comments:

I'm done!!! I finally finished my senior project, which had been delayed due to weather, causing me a lot of extra stress with rescheduling and all. My project was a site specific movement exhibition. It was dance but not your average staged performance. The movement was more minimalistic and not so constant as you see on stage usually. I feel that it was pretty successful. Successful in spite of the WINDY weather(the tarp we danced on was blowing everywhere and we had to use buckets and sand bags try to keep it down) and the wet sand that would not run through the hour glass I had built because it was sticky. I definitely don't think the pictures do the event justice but it is proof that it took place.

We had two video cameras taking video footage throughout the hour performance. Hopefully one day I will be able to make a short film of the event and post it. Moving away from BYU though I won't have access to the computer labs so maybe not...

I don't really care. I going to CHINA!!! 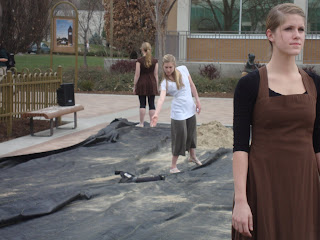 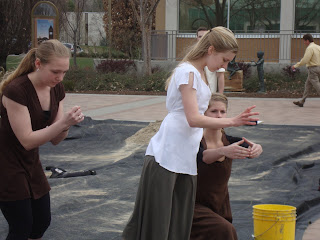 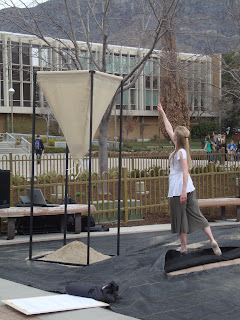 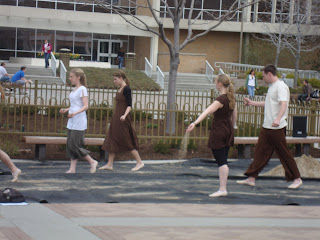 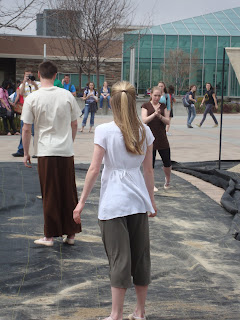 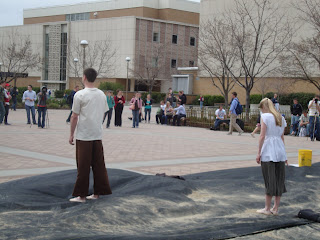 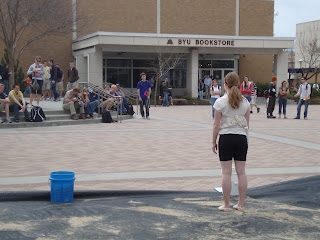 I was in the Daily Universe, BYU's News Paper!

I don't recall ever having that honor.

The Article was written about our show this last weekend. And in it they wrote:

"One of the dances in the show, called "All in a Day," choreographed by Aaron Shaw, was chosen out of 40 dances shown at the American College Dance Festival to be in a Gala performance.

ACDF has many dance performances from colleges throughout the region, as well as professional dance shows and workshops.

Aaron's piece was chosen out of those 40 pieces to be the opener, actually, of the concert, which is really a prestigous place to be."


So that was fun to be in the news paper. Also here are some pictures of my piece. They are from dress rehearsal and one of the dancers was actually sitting out so he could rest his ankle which he injured (not in my dance). The dancers in my piece did such a wonderful job and I received lots of positive feedback after the show!!! People were telling me that mine was their favorite...I generally don't believe anything people say to me but in this case they could have just said that it was nice...maybe they meant it!

This was my last performance with The Dancers' Company. =(
I'm going to miss BYU and I can honestly say that I am frightened for what the future holds. I hope it is excited whatever it is!!! China, Prague, California...HERE I COME! 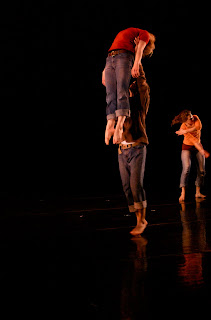 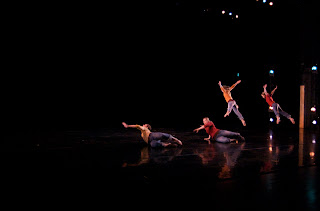 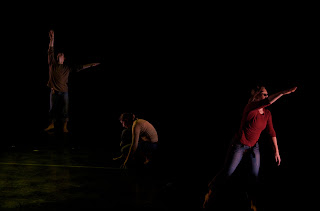 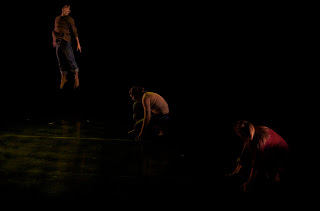 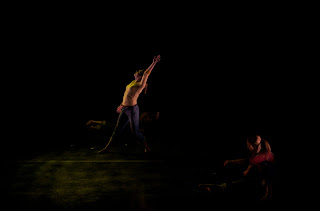 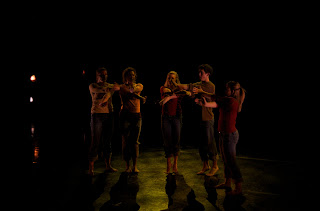 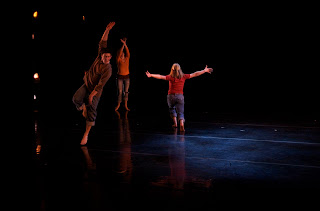 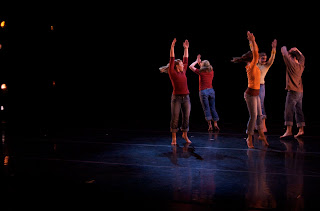 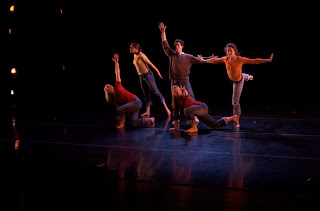 So this last week was ACDF. I was sick most of the time, I only got to attend two classes which is a major bummer. But on a better note, my piece was adjudicated and was one of ten selected to be placed on the closing Gala performance out of 39 pieces adjudicated. This was such an honor. Of the 39 adjudicated about half were student, one fourth faculty and one fourth guest/professional choreographers. Of the pieces that were chosen for the Gala Performance half were again student choreographies.
My favorite part though was that in the adjudicator talk back session I got out a piece of paper to write down the critical feedback and ended up putting away a blank piece of paper. The adjudicators who are professionals in the field, one the director of Ballet West, did not make any negative comments. They just made a tone of observations of what they saw choreographically and one said the dancers may have needed a little more rehearsal time but other than that it was great.
The general consensus and some of the things I remember them saying were that my choreography is very organic (they all mentioned that), it reminded them of some sort of pre-industrial society, the comic relief was perfect, not too much and not forced but just enough, my movement pushed the dancers to their limit. It was awesome. I didn't hear feedback for one other piece in which they did not have some kind of critique to offer. But alas my piece was not one of the two selected to attend the National ACDF Conference in Washington DC.

All that aside the whole thing will still look outstanding on a resume!!! Who would have thought I could do all this in not quite 5 years. Traveling the world, presenting research, choreographing awesome works! It's pretty awesome. The best part is I'm gonna graduate and I have nothin! I have absolutely no plan and no direction. Maybe I'll go become a cement truck driver??? Who knows.

Love you all. Hope everything is going well!!!
Posted by Aaron Shaw at 8:46 PM 3 comments:

So I think its funny and also embarrassing that I have all this stuff popping up but it is just a culmination of a lot of hard work done over the past three years.

So my good news for today is that a piece I choreographed last semester has been selected to represent our program, meaning the BYU dance program, at ACDF.

ACDF stands for the American College Dance Festival. This particular conference is the north western regional conference. The Dancers' Company will take three pieces to show during the course of the conference. One faculty adjudicated piece, one student adjudicated piece (that's mine) and one piece to be shown in an informal showing.

I am so so so honored to have had my piece chosen and excited to see what happens. From the two adjudicated concerts(judges watch and score the pieces) at this regional conference they choose one piece student and one faculty work to go on to the national ACDF conference.

Well here's to hoping!!! But I won't keep my hopes up. It's so awesome for me that I am able to have my piece shown in this prestigious venue/conference just thought I let you all know. I feel like a pompous arrogant little terd-face! But I still am telling you all.

Love you all, hope every one is having an excellent February!

And this is a link to a youtube video I created of the piece. It is just a rough draft but is still fun to watch!
http://www.youtube.com/watch?v=TPUzvepyHcY
Posted by Aaron Shaw at 1:23 PM 4 comments:

My friends keep making references to the famous Aaron Shaw and I keep telling them it just isn't so.
It really is NOT.
But I will be on BYUTV in the next couple of weeks.
The film project that Dancers' Company did a couple years ago is finally making it on air. I'm not in much but I am in a little. I've actually never seen it myself.
February 9th at 8:00pm will be one airing for sure. There will be two more airings but I guess the times aren't set yet.
If anyone wants to tune in it might be interesting but then again maybe not.
The film is about the Women Pioneers and the story is told through dance and narrating. That's why I'm not in much of it.

Check it out if you want.
Hope you are all well.
Our show just finished this weekend and that is so awesome cuz now I can breath.
Take care everyone.
Posted by Aaron Shaw at 1:55 PM 1 comment: